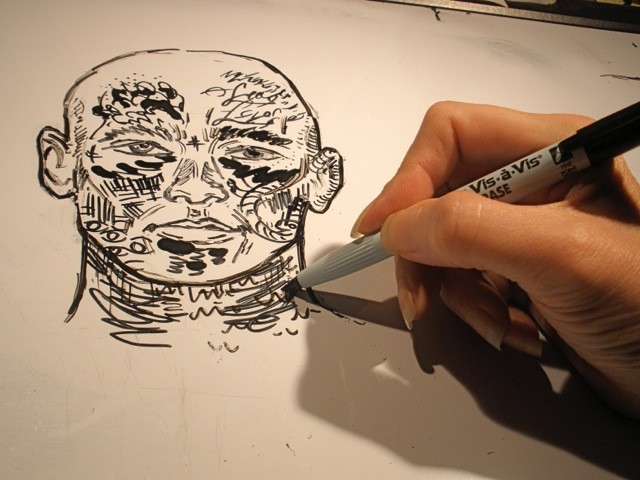 In 2017 I made an animated short film, called FOGLINE. It was hand-drawn using a marker on white board, and is a meditation on the importance of art, and the role of artists, inside prison.

A fog line is called when visibility is low, due to heavy fog, and those incarcerated can't be released from their cells. They are locked in, and cannot attend programs or go out to the yard for exercise. I think of it as a metaphor for the grey zones often encountered inside; the many barriers, the many 'unknowns', the feelings and observations so hard to put into words.

FOGLINE has been shown at the Morris Graves Museum of Art, Eureka, and at the Muckenthaler Cultural Center, Fullerton, California.

This is one of the hundreds of drawings I made, for the film. (a link to the animated film is coming, soon!)