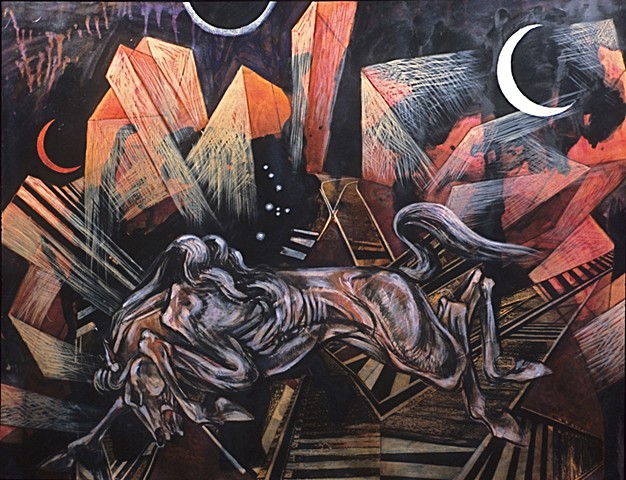 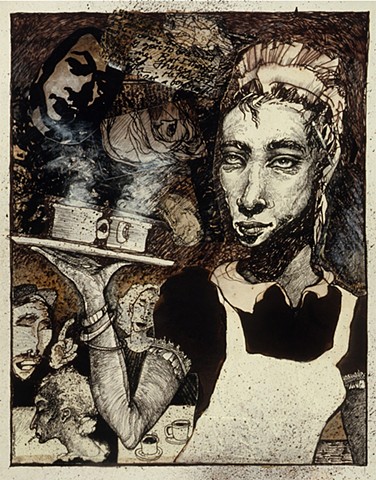 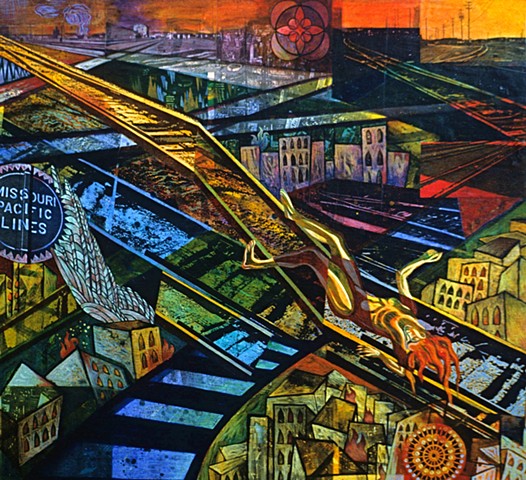 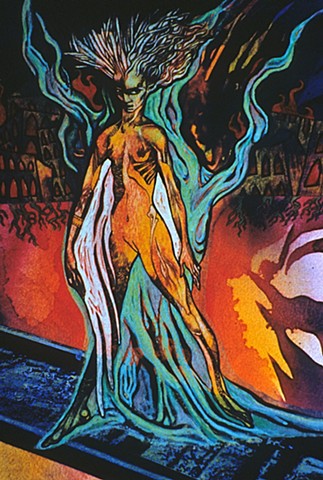 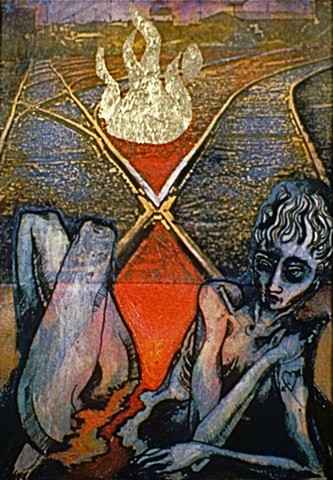 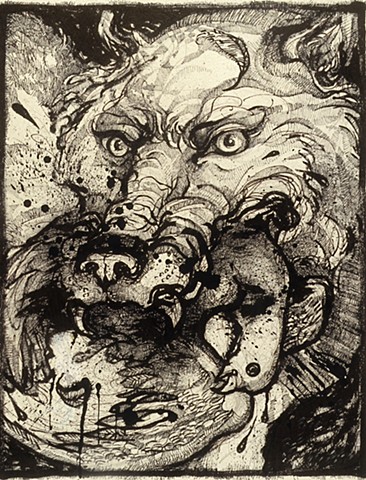 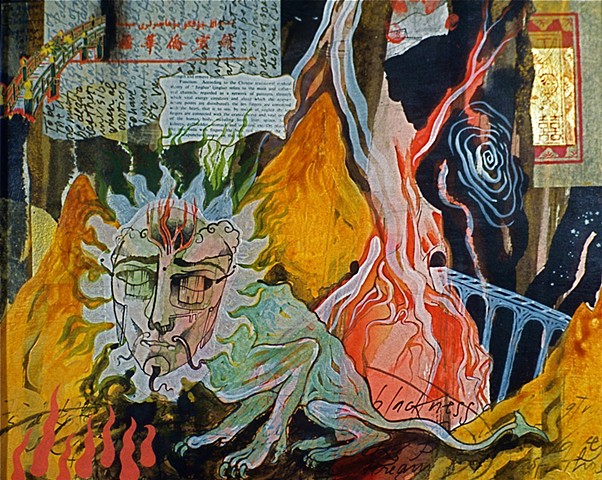 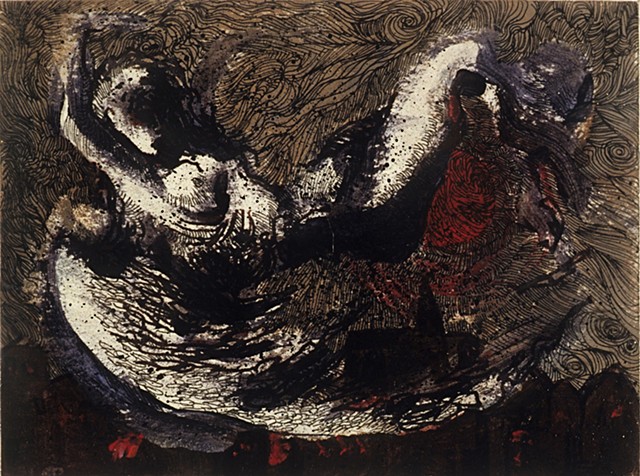 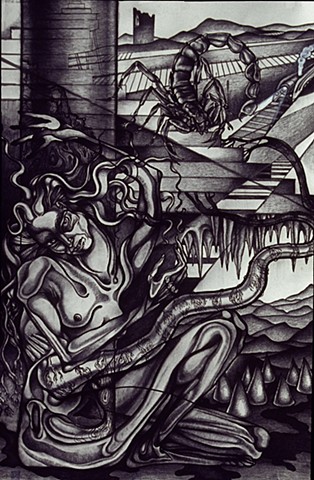 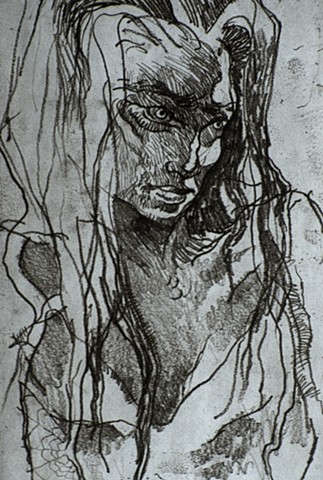 These were made in the 1980s to early 1990s. At the time, I was influenced by graphic novels, illustration with socio-political content, and science fiction literature by authors such as Samuel Delaney, Roger Zelazny, Mervyn Peake, Steve Erickson, Ursula Le Guin, as well as Yukio Mishima's works.

Some of these artworks were included in Barron Storey's WATCH magazine. Later, I was to discover authors Thomas Pynchon, Margaret Atwood, and J.G. Ballard. Literature has always been an influence and inspiration for my work, perhaps moreso than visual imagery.

Please note: images can be enlarged - just click on them. - - - julie